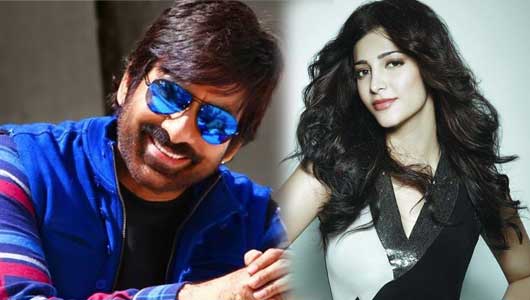 The unit of Ravi Teja and Shruti Haasan’s upcoming action entertainer, Krack, is currently camping in Goa for the film’s final schedule. A lavish song will be picturised on the Mass Maharaj and Shruti starting today.

According to the latest update, the makers have roped in star choreographer Raju Sundaram to compose the song which will be shot in some picturesque locales. The film’s entire shoot will be wrapped up with the ongoing Goa schedule.

This Gopichand Malineni directorial is being produced by Tagore Madhu. Thaman is scoring the soundtrack for the film. Tamil actress Varalaxmi Sarathkumar plays a key role in this high voltage cop drama.