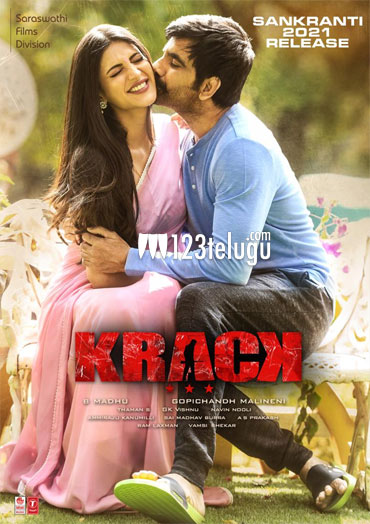 Ravi Teja and Shruti Haasan’s upcoming action entertainer, Krack, was supposed to release in cinemas on January 14 initially. However, it now looks like the film’s release date has been advanced by 5 days. Apparently, the film is gearing up for release on January 9. Theater listings confirming the same have been going viral on social media.

Krack is a high voltage action entertainer and the Mass Maharaj will be seen in the role of a powerful police. The film marks Shruti Haasan’s comeback in Tollywood after Katamarayudu. Krack is being directed by Gopichand Malineni and produced by Tagore Madhu. Tamil actress Varalaxmi Sarathkumar plays a key role in the movie and Thaman is the music composer.