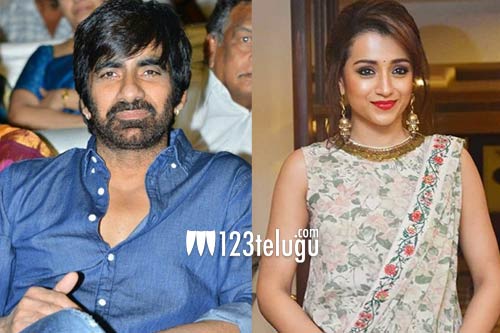 A film in the combination of mass hero Ravi Teja and director Ramesh Varma is in news from the past few months. The film is expected to kick-start its shooting soon after the lockdown period ends.

Meanwhile, the latest information is that star heroine Trisha is under consideration for the female lead role in the film. An official announcement regarding the same will be out shortly.

It is well-known that both Ravi Teja and Trisha were seen as a pair in the super hit film, Krishna and we have to wait and see if the pair repeats the same magic yet again.