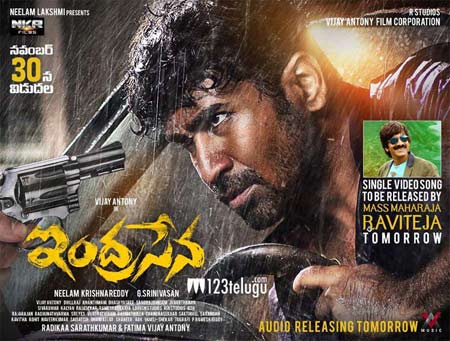 Vijay Antony will be seen in dual roles in Indrasena, which is a Tamil-Telugu bilingual. The Tamil version is titled Annadurai. Debutant Srinivasan is the film’s director and Vijay Antony Film Corporation and Radhika’s R Studios have bankrolled the movie jointly. Diana Champika is the film’s leading lady.