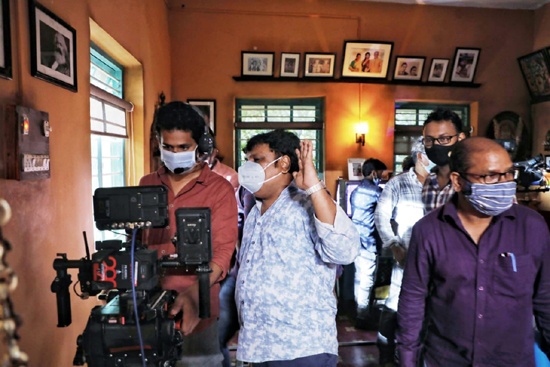 Hero Ravi Teja’s much-talked-about 69th film under comedy entertainers specialist Trinadha Rao Nakkina’s direction has finally commenced its shoot earlier today in Hyderabad. The film is touted as an out-and-out mass action entertainer and it will be a treat for fans.

This as-yet-untitled film is being produced by TG Vishwa Prasad and Abhishek Agarwal under People Media Factory and Abhishek Agarwal Arts banners. Vivek Kuchibotla is the executive producer. Bheems Ceciroleo is composing the soundtrack and Prasanna Kumar Bezwada has provided the story.