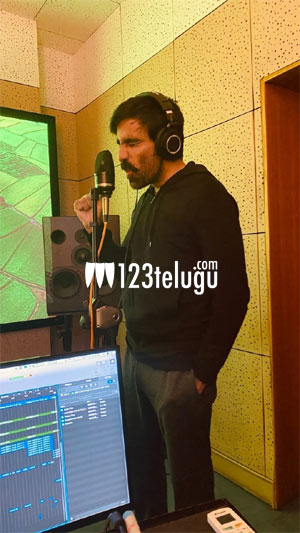 The stylish and action-packed new teaser for Ravi Teja’s Disco Raja has raised the expectations on the film. Disco Raja is hitting screens on January 24 and the makers are busy wrapping up the production formalities.

An exciting update is that Ravi Teja has turned singer for Disco Raja. The Mass Maharaj has just cm crooned a massy track composed by the man in form Thaman. Needless to say, fans will be even more excited to catch up with the film now.