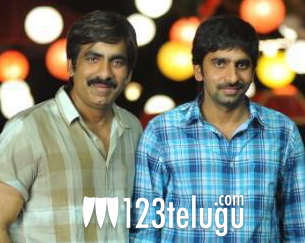 Ravi Teja is teaming up with Gopichand Malineni for the second time for a film titled Balupu. The duo had earlier worked together for Don Seenu, couple of year ago. Shruti Haasan is playing the lead role opposite Ravi Teja. The principal shooting of Balupu began last month in Hyderabad and some key scenes were shot on Ravi Teja, Shruti Haasan and Brahmanandam. The film is being touted as a complete action and comedy entertainer. The scenes featuring Ravi Teja and Brahmanandam are going to be a major highlight in the film, if the sources are to be believed. The film’s first schedule has been wrapped up and the next schedule will begin later this month. Anjali is playing the second lead and Adivi Sesh will be seen as a villain. Prasad V Potluri is producing the film on PVP Cinemas banner. Thaman is scoring the music. The film might hit the screens in Summer, 2013.