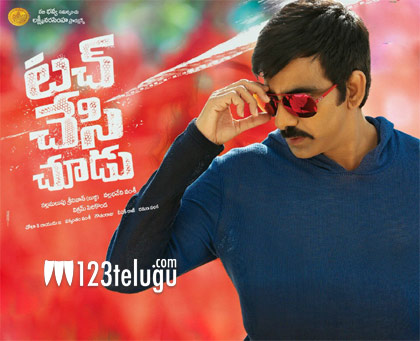 Ravi Teja is back in the game after the super success of Raja The Great. His new film is Touch Chesi Chudu which is up for a release this February 2nd all over.

The latest we hear is that his cop role in the film will be quite aggressive in the film. Ravi Teja will be shown in a superb manner in the fights especially which have been designed on a stylish note.

Vikram Sri directs this film which will have Ravi Teja in two different looks. Raashi Khanna plays the female lead.