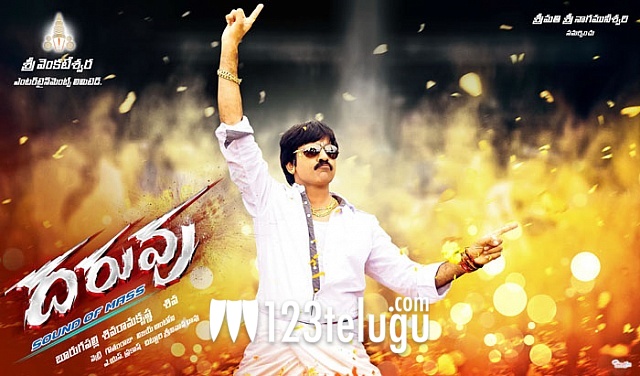 Mass Maharaja Ravi Teja’s ‘Daruvu’ is nearing completion and the shooting is expected to be totally wrapped up by the 25th of this month. The movie is being produced by Burugupalli Sivaramakrishna and Shiva is the director. The makers are aiming for a May 4th release for the film and the audio album is expected to be out in April.

The movie has Tapsee as the heroine opposite Ravi Teja and the story is said to be a socio-fantasy entertainer. Tamil star Prabhu is playing the role of Yama Dharma Raja in this film. Vijay Anthony is scoring the music and the film has the tagline ‘sound of mass’.