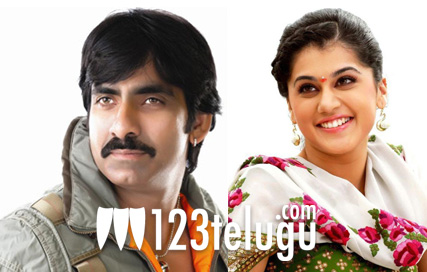 Mass Maharaja Ravi Teja and Taapsee are playing the lead roles in a new movie that has Shouryam fame Shiva as the director. The movie has been titled ‘Daruvu’. Burugupalli Sivaramakrishna is producing the film on Sri Venkateshvara Entertainments.

Shooting is going on for the movie currently and the movie is expected to hit the screens in mid 2012. The movie will see Ravi Teja playing a character with multiple shades. Brahmanandam is playing a key role in the movie. Daruvu will be an out and out masala entertainer and the title reflects that nature completely. This is the second time that Tapsee and Ravi Teja are pairing up. They were first seen together in Veera.