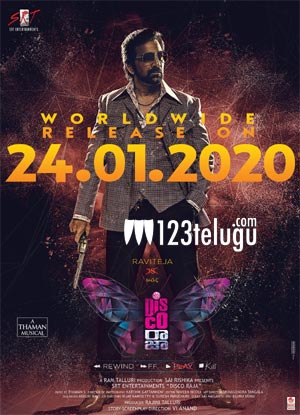 So many films were slated to release in the last week of December making the year-end quite hectic for the industry.

One of the films was Ravi Teja’s, Disco Raja. The film which was supposed to release on the 20th of December this year will be out on the 24th of Jan 2020.

Looks like the makers have opted for a safe date and made sure they come after the Sankranthi season and make merry at the box office.

Disco Raja is directed by VI Anand and has music by Thaman.