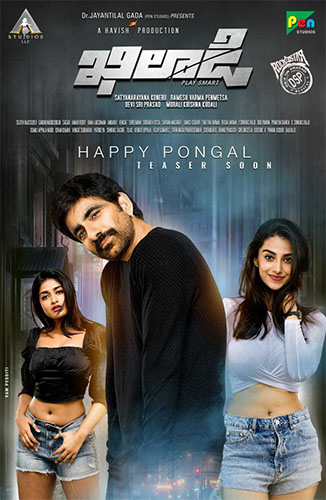 Mass hero Ravi Teja, who is enjoying the much-awaited success with the recently released Krack is working on his next project with full josh. Titled Khiladi, the film’s shooting is underway at a fast pace.

Meanwhile, the latest news is that Khiladi’s first look teaser is going to be out on January 26th as Ravi Teja’s birthday special. Co-starring Dimple Hayathi and Meekashi Choudhary, the film is aiming for a summer release.

Ramesh Varma is directing Khiladi and Koneru Satyanarayana is producing it. Devi Sri Prasad is the music composer.