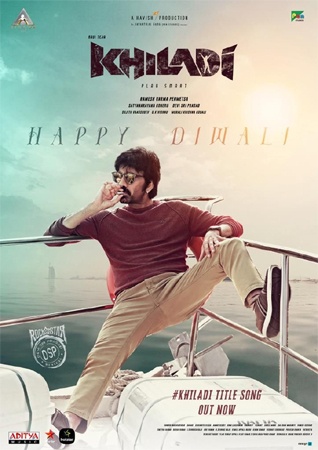 On the auspicious Diwali festive occasion, the makers of Ravi Teja’s Khiladi have just released the film’s title song. Composed by DSP in his trademark peppy style, the song describes the cunning nature of Ravi Teja’s character in the movie. Ravi Teja’s energetic moves, choreographed by Yashwanth, are the main highlight of the song, apart from the slick visuals shot in lavish sets and foreign locales.

Khiladi title song has been penned by young lyricist Shree Mani and crooned by talented singer-musician Ram Miriyala. The shooting is in its last leg. The film features young beauties Meenakshi Chaudhary and Dimple Hayathi as the heroines.

Directed by Ramesh Varma, the film is being produced by Koneru Satyanarayana in association with A Studios. The film’s release date is yet to be announced.