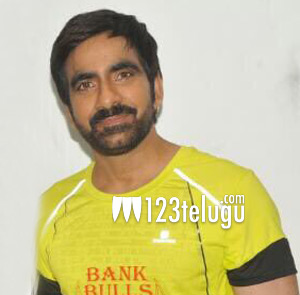 Ravi Teja took his fans by surprise, recently, when he posted a picture of him with the cast of his forthcoming film Raja The Great. Directed by Anil Ravipudi, the film has Ravi Teja playing the role of a visually challenged person and it’s expected to be a full-fledged entertainer.

Couple of years ago, when Ravi Teja acted in films like Kick 2 and Bengal Tiger, he had lost a lot of weight and he looked like a different person altogether. However, now, he appears to have worked on his fitness and his new avatar is getting good appreciation from everyone.

Apart from ‘Raja The Great’, Ravi Teja is also working on another film Touch Chesi Choodu which is already under progress.