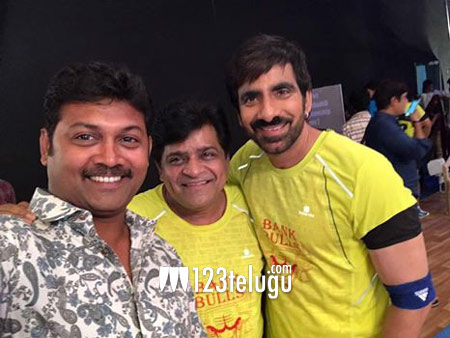 As we all know that Ravi Teja has already started shooting for his new film Raja The Great, the latest news is that the brief schedule which was on in Hyderabad has been wrapped up now.

The unit will now move to the hill station Darjeeling and will start a long schedule there. Some key scenes of the film will be shot there for over 12 days in those beautiful locations.

There has been a superb buzz for the film as it is directed by hit director Anil Ravipudi and Ravi Teja plays a blind man. Dil Raju produces this film which has music by Sai Karthik