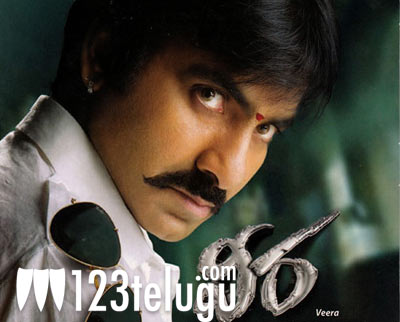 Ravi Teja, Kajal and Taapsee starrer Veera is now being dubbed in Tamil. Veeraiah is the film’s title in Tamil. Ramesh Varma had directed the film in Telugu and S S Thaman had composed the music. Although the film had failed to click at box office when it released last year in Andhra Pradesh, the presence of Kajal and Taapsee, who are well known in Tamil Nadu, a Tamil film producer came forward to buy the dubbing rights of the film. It’s releasing on August 3. Moreover, Kajal and Taapsee are both in news in Kollywood with Suriya’s Maatran and Ajith’s untitled film respectively lined up for release later this year. So far, Ravi Teja has not acted in a straight Tamil film, although couple of his films like Vikramarkudu and Kick were remade in Tamil.