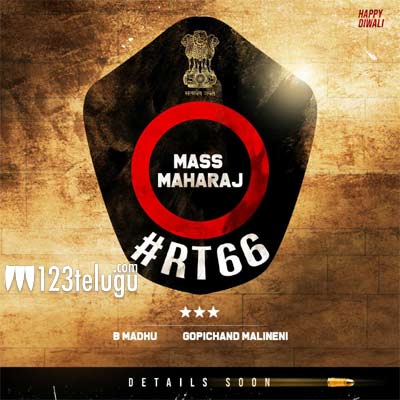 Mass Maharaj, Raviteja, who is currently busy wrapping up his ongoing film Disco Raja under the direction of VI Anand has now signed his 66th film with commercial director Gopichand Malineni.

After delivering two super hits Balupu and Don Seenu, the crazy combo is back to complete hat trick hits with #RT66.

Gopichand Malineni is currently fine-tuning the script and he is including all the ingredients to gratify all sections of the audience.