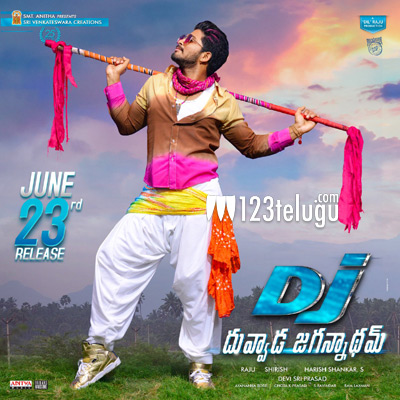 Allu Ajun’s latest hit, Duvvada Jagananadham is going super strong from the last four days. Now that the Eid weekend is done, the actual capacity of Bunny will be known from now on as the week days begin.

On the other hand, Dil Raju has a planned an overseas tour and this should increase the numbers in the second week. Despite mixed reviews, this film has secured some strong collections all over.

The collections revealed so far clearly suggest that Bunny’s market has hugely increased and we need to see how much will that work in this crunch situation. Harish Shankar directs the film which had music by Devi Sri Prasad.