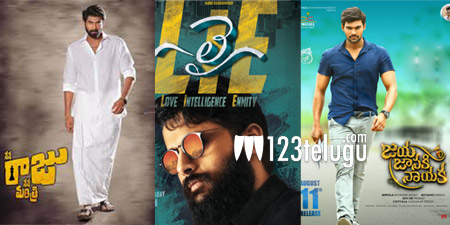 There was a huge hue and cry as to which film will win the independence day release race as three films LIE, Nene Raju Nene Mantri and Jaya Janaki Nayaka released on 11th August as long weekend special.

As all the films opened to some decent reviews and are doing according to their potential, the makers had a huge sigh of relief. But now, as the long weekend will be done tomorrow, it will be very interesting to see which film will hold its fort.

The weekdays will surely have limited occupancy and the real film with good content will stay afloat in the competition.