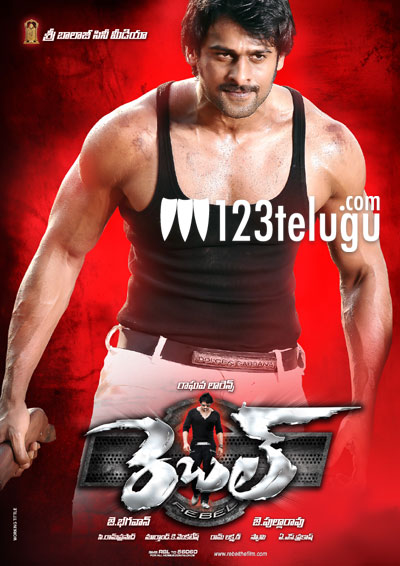 Young Rebel Star Prabhas’s mass entertainer ‘Rebel’ has received an A certificate from the censor board. The movie has completed its certification process today and 3 minor cuts were recommended in all by the board.

Prabhas will be seen with Tamanna and Deeksha Seth in this movie while Lawrence is the director. The movie has a heavy dose of action and violence and that is the reason behind the A certificate. We are also being told that some mass masala dialogues are also present in the movie to cater to the front benchers.

Music for this movie has been composed by Lawrence and this big budget production has been jointly produced by J.Bhagawan and J. Pulla Rao.