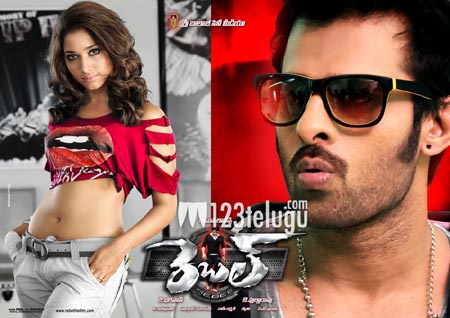 Prabhas, Tamannaah starrer Rebel has taken a flying start at box office in Nizam area. We have received exclusive information from our sources that the film collected a share of close to Rs 2.1 crores on the first day itself. It’s a stunning figure for a Prabhas’ film and analysts predict that the film might collect close to Rs 8.5 crores in the first week in Nizam alone. The excellent start which the film has got is all the more interesting since the film got a mixed talk soon after its release. Raghava Lawrence has directed this mass entertainer and it looks like he has impressed the mass audience, especially in B & C centres. Thanks to the incredible pre-release buzz surrounding the film, most of the theatres are full for the entire weekend in almost all the cinema halls. J Bhagawan and J Pulla Rao had produced the film on Balaji Cine Media banner. Deeksha Seth had played an important role. Lawrence composed the music for this film.