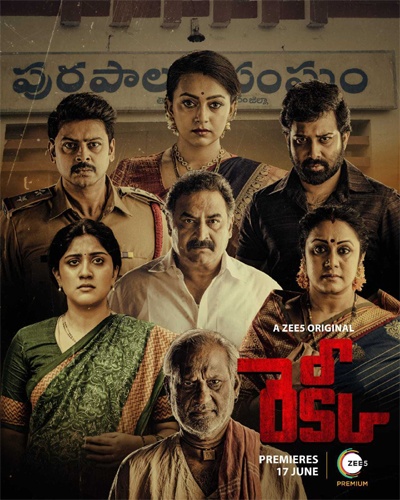 After releasing a super hit Telugu web series Gaalivaana, the leading OTT platform ZEE5 is ready to release another series called Recce, an intense thriller. The platform took to its social profiles and released the official motion poster of the series. It showcases the actors and their characters in the thriller series.

ZEE5 today announced a crime thriller titled ‘Recce’. A web series, it will stream from June 17. The first announcement today came in the form of an intriguing motion poster. Talking about the series, it is a gripping period thriller set in the 1990s. The story is narrated over a span of 7 episodes (of 25 minutes each).

Produced by Sri Ram Kolishetti under the Silver Screen Productions, the movie has Sriram, Siva Balaji, Dhanya Balakrishna, Aadukalam Naren, Ester Noronha Jiva, Saranya Pradeep and others in key roles. Having Sriram Maddury’s music, the series is all set to release on June 17, 2022.