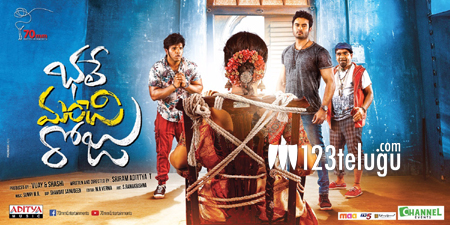 Thanks to its stupendous success, Sudheer Babu’s Christmas release, Bhale Manchi Roju, gave a huge boost to the actor’s career. Directed by debutant Sriram Adittya, this exciting crime comedy was appreciated for its interesting narrative and production values and it also ended up as a huge blockbuster at the box-office.

As per the latest update, Bhale Manchi Roju’s satellite rights got the career best offer for a Sudheer Babu film. A popular entertainment channel clinched the film’s satellite rights for a whopping 1.70 crore deal. This film was supported by stars like Mahesh Babu and Prabhas and their fans lapped up the film bigtime.

Also starring Wamiqa Gabbi and Saikumar in prominent roles, Bhale Manchi Roju was produced by Vijay and Shashi under their 70MM Entertainments banner.