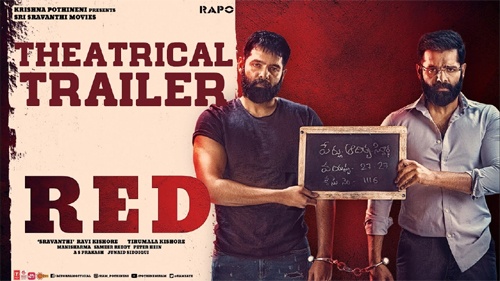 Ram is doing a film called Red and the film was supposed to out in April. But the lockdown happened and changed everything for the star hero. Now that things are getting back to normal, the movie is getting a big release.

Meanwhile, the makers today released the trailer and it is quite thrilling. Ram is presented in a new avatar in this film for the first time and his double role where he plays the hero and the villain looks solid.

The manner in which the story is set through an investigation looks good. The thrills, Ram’s body language, and look are on point in this mas thriller. The BGM and thrills have also been elevated well in the promos.

Directed by Kishore Tirumala, this film also has Nivetha Pethuraj as a cop. The makers are in plans to release the film during Sankranthi 2021. For now, the trailer creates a good impact.