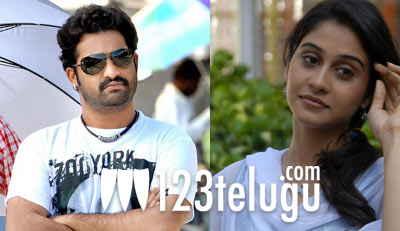 Upcoming actress Regina, who is making a good impression with her acting prowess, is currently being considered for the lead role opposite Young Tiger NTR in Harish Shankar’s film. Nothing has been finalized yet and no decision has been made, but we are being told that discussions are currently going on. It is quite common to consider a few names before finalizing a heroine in a big film and if something materializes, we will hear about it soon.

This new project will go onto the sets early next year and Dil Raju is going to be the producer. Buzz in the industry is that the movie will be a romantic entertainer and Harish Shankar is currently working on pre-production activities.

Will Regina be a good fit opposite NTR? What do you say folks? Leave your opinions in the comments section below.