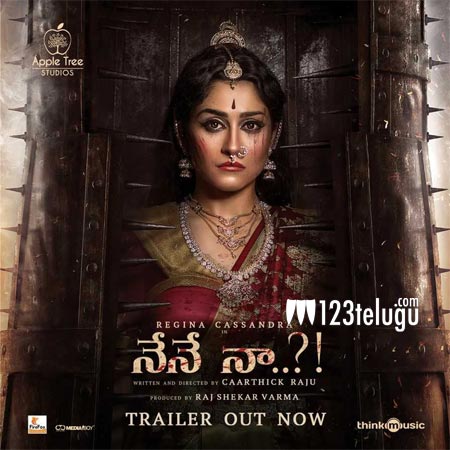 Regina Cassandra, who is consistently proving her prowess performance in every film, will appear in dual roles as an archaeologist and as a queen in her upcoming flick NeneNaa that grabbed the attention of one and all for its intriguing posters.

To hike prospects on the movie, the makers have come up with a trailer for the movie. Going by trailer, a horrific incident that had happened 100 years ago is repeating now.

Simultaneously made in Telugu and Tamil, major portions of the bilingual have been shot in and around the locales of Courtallam. Sam CS is composing music and Gokul Benoy is handling cinematography.