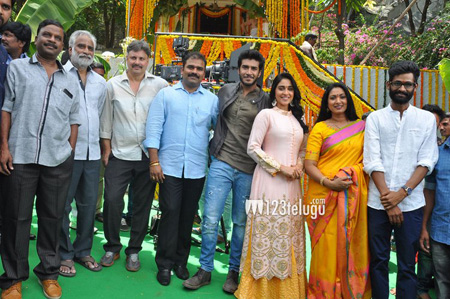 This as-yet-untitled romantic comedy is being directed by debutant Arjun Sai, who had worked as a writer for movies such as Srimannarayana, Damarukam and Nakshatram etc.

The film’s regular shooting will begin in May and a major part will be shot in Kulu Manali. S Naveen Reddy’s​ Sai Arunachaleshwara Creations banner is foraying into production with this film. Prakash Raj and senior actress Amani are playing important roles in this movie. Anup Rubens is the music composer.