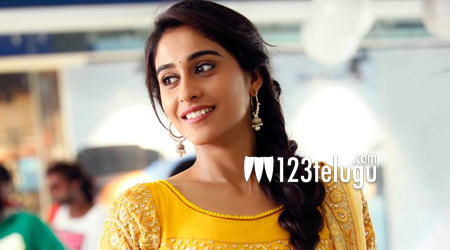 Regina Cassandra has signed a new Telugu film after a short gap. The actress will soon be seen in a film titled Hare Ram Hare Krishna, which will be directed by Arjun Sai.

The film is going to be launched on April 21 in Ramanaidu Studios and the principal shooting will begin soon. Dilip Prakash is the lead actor. Anup Rubens will score the music and Rasool Ellore is the cinematographer. More details are awaited.

Meanwhile, Regina will soon be seen in Krishna Vamsi’s Nakshatram.