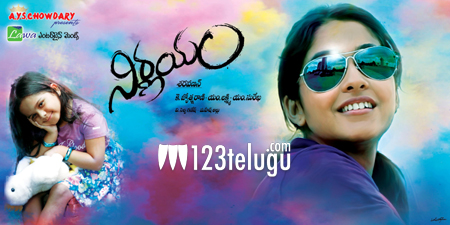 Regina Cassandra is acting in a tamil film titled Nirnayam. This movie will be dubbed into telugu and will be released with the same title. This movie has now completed its dubbing formalities and will releases soon. Talking about this film the producers said that this movie revolves around a rich guy who marries a poor girl although their elder’s don’t agree. The consequences this couple face forms the crux of the story. This is a suspense thriller which has Baby vedhika in a crucial role. Saranya of 10th class fame will also be seen in this film.

Rana Vikram is directing this movie which is produced by Jyotsna Rani, Lakshmi and Surekha. Selva Ganesh has scored the music for this movie