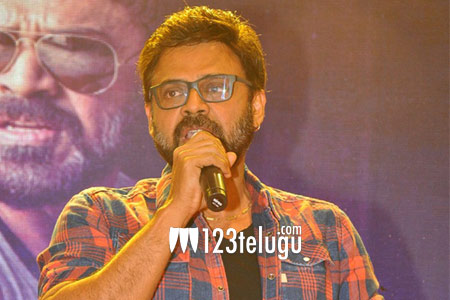 The theatrical trailer of Victory Venkatesh’s upcoming sports drama, Guru, was unveiled last night. Speaking on the occasion, Venky was all praises for the film’s script and director Sudha Kongara.

Venky further said he reinvented himself as an actor with Guru. “I completely immersed myself into my character. My body language and dialogue delivery will be quite new,” said the senior star.

Guru is an official remake of the super hit Tamil movie, Iruddi Suttru. Shashikanth has produced this movie on his Y Not Studios banner. Ritika Singh and Mumtaz Sorcar play important roles in this intense drama.