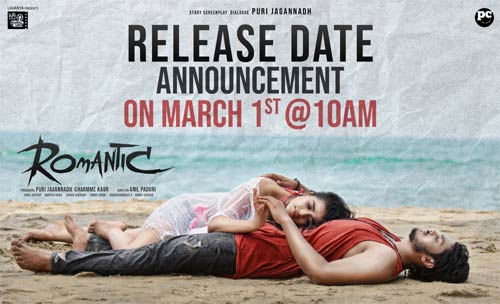 Director Puri Jagannadh has been overseeing the production and post-production formalities for his son Akash Puri’s second film, Romantic. The film has been in the making for nearly 3 years now.

And the latest update is that Romantic’s release date will be announced tomorrow (March 1st) at 10 AM. Delhi Instagram star Ketika Sharma is making her Tollywood debut with this intense love story directed by Anil Paduri. Actress turned producer Charmee is co-producing the movie. Sunil Kashyap ‬is the music composer.