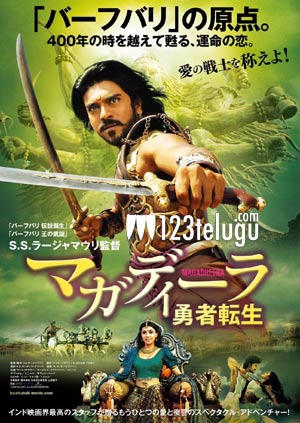 Rajamouli’s epic magnum opus, Magadheera, released in 2009 and created history at the box-offices worldwide. This period socio-fantasy drama had Ram Charan and Kajal Aggarwal as the main leads and it was produced by Allu Aravind.

Now, after nearly 9 long years since its release, Magadheera is gearing up for a grand release in Japan. The film is slated to hit the screens in the Land of the Rising Sun on August 31. Incidentally, Rajamouli’s Baahubali 2 was a decent hit in Japan. The film ran for over 100 days and collected over $1 million.