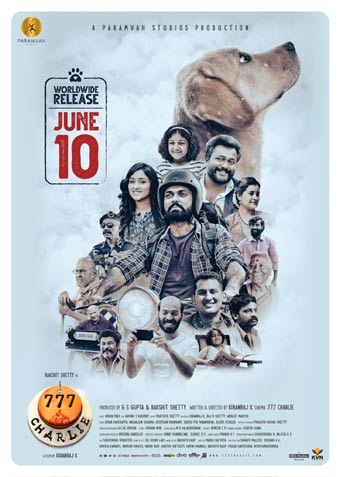 Rakshit Shetty who was last seen in Avane Srimannarayana is now getting ready to enthral audiences with a new movie called 777 Charlie.

Written and directed by Kiranraj K, the movie’s release date has been announced today. The film will be out in theaters in different languages on June 10, 2022. A special poster has been released to announce the same.

Charlie, Sangeetha Sringeri, Raj B Shetty, Danish Sait, Bobby Simha, and others are also a part of this movie. Produced by GS Gupta and Rakshit Shetty, the movie has the music of Nobin Paul.