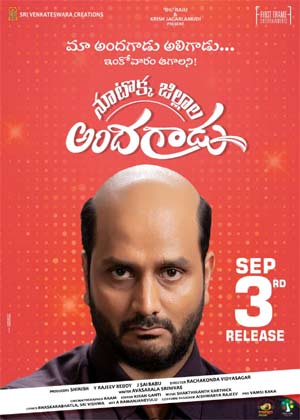 Yesterday, news came out that Srinivasa Avasarala’s 101 Jillala Andagadu will be coming out on the 27th of this month. But in a change of plans, the makers have shifted the release.

The update now is that the film will be out on the 3rd of September. Noted Tollywood filmmakers Dil Raju and Krish have joined hands to bankroll this film. This movie features Punjabi beauty Ruhani Sharma as the female lead.

Debutant Sagar Rachakonda has directed the film, while Shakthikanth has composed the music. Srinivas Avasarala himself has penned the script.