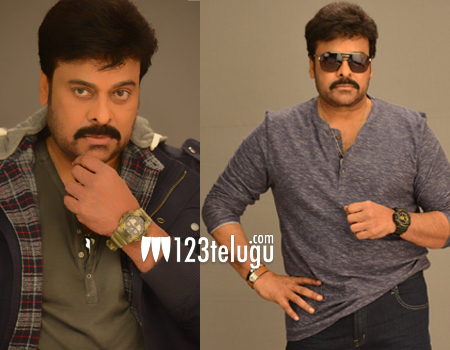 It is known that Chiranjeevi is playing a powerful role in Khaidi 150 and Kajal Aggarwal will be seen as his love interest. VV Vinayak is directing this commercial entertainer and Mega Power Star Ram Charan is producing it under Konidela Production Company banner.

The team is extremely happy about the response for stills and motion poster. 70 percent of the shooting is completed and makers are planning to release the film for Sankranthi 2017.

On this occasion, producer Ram Charan said “We have completed more than 70% of the shoot and dad had also started dubbing for the film. We are happy with the output so far and are planning to release the film in January as a Sankranthi treat”.