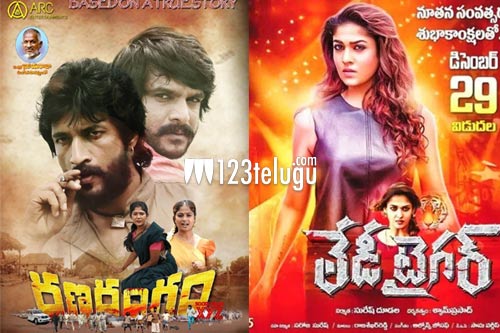 Every Friday, many small films release in Telugu and today was no same. There were four films Lady Tiger, Ranarangam, Natana, and Ajay Passayadu which were slated to release today.

Out of them, two films Ranarangam and Lady Tiger did not make it to the theaters today. Lady Tiger is Nayanthara’s 2010 Malayalam hit and Ranarangam is a small budget film.

From Wednesday, the big releases of Sankranthi will start releasing in the form of Petta, F2, VVR, and NTR.