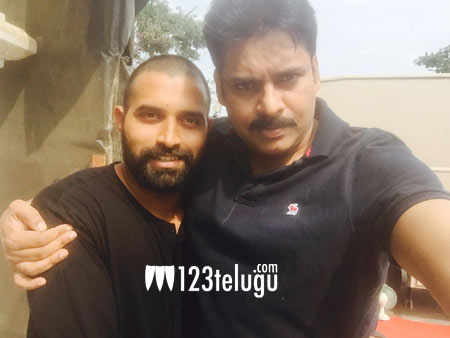 It is known that Pawan Kalyan’s Katamarayudu shoot is going on a brisk pace at Nannakramguda, where crucial scenes are being canned on the lead cast and crew.

The latest update is that famous choreographer Johnny master is going to compose a song in Katamarayudu. Jani expressed his happiness on meeting Pawan Kalyan after a long time on twitter

Meanwhile, the makers have decided to release the movie on March 29th 2017 as a Ugadi special. Being produced by Sharrath Marar, the movie has Sruthi Hasan as the female lead and music is composed by Anup Rubens.

It's imment pleasure meeting #PawanKalyan sir after a long time & choreographing a song to him after so long pic.twitter.com/i6SWcIvmgi