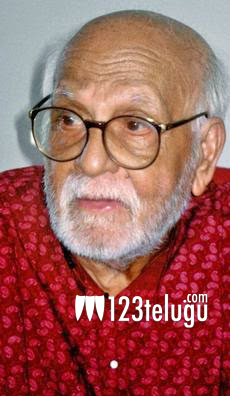 Legendary cinematographer A.Vincent, who worked on films like Annamayya, Adavi Ramudu, Major Chandrakanth and many other hit films in Telugu and Tamil passed away today. The 86 year old veteran also directed 30 odd films in his illustrious career.

Born in 1928, Vincent shot with several legendary film makers and brought a huge revolution in cinematography. He has also directed films in Tamil, Telugu and Hindi. 123telugu is saddened with this news and conveys deep condolences to his family.