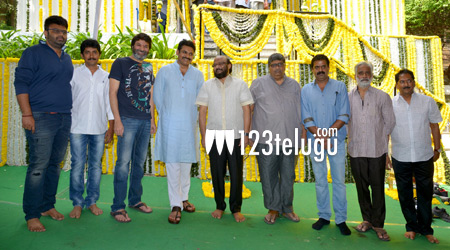 The much-awaited movie in the combination of Power Star Pawan Kalyan and director Trivikram Srinivas has been launched in Hyderabad this morning. This high budget entertainer will be produced by S Radhakrishna and the regular shooting will kick-start in December.

This movie will also feature its music scored by young sensation Anirudh Ravichander.