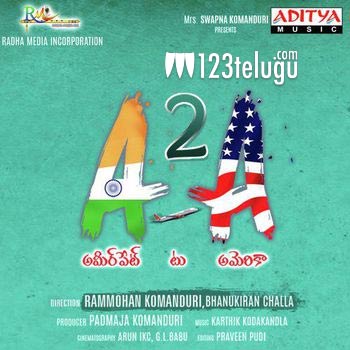 Ameerpet 2 America is an upcoming youthful romantic entertainer which is slated for a March 30th release. Yesterday, the film’s theatrical trailer was released on YouTube.

Meanwhile, the latest update is that impressed with the film’s content, reputed distribution houses Suresh Productions and Asian films have decided to release A2A in Andhra and Nizam areas respectively. Tejas, Pallavi Dora, Vamsi Krishna, Sasha Singh, Vamsi Koduri and Meghana will be seen as the lead artistes in the film.