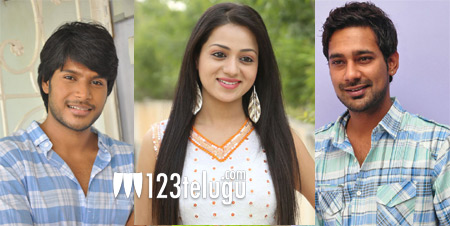 Recently, we had reported that ‘Ee Rojullo’ fame Reshma Rathore had signed two films in Bollywood. Latest buzz is that this Telugu girl has been signed for three movies in Telugu as well. She will soon feature opposite Sundeep Kishan in an untitled film produced by movie moughal Dr. D. Ramanaidu. More details about this film are awaited.

After this, Reshma will be shooting for a film directed by ‘Sadhyam’ director Karthikeya. Varun Sandesh is playing the lead role in this film which is slated to go on floors very soon.