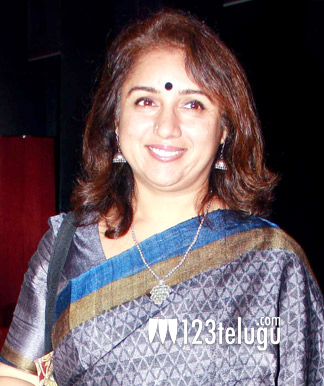 Remember Revathi? The beautiful actress with expressive eyes and the capability to act well? Well, she was a part of some pretty big films in the 90′s including ‘Gayam’, ‘Rathri’ etc. After many years, she is now making a comeback to cinema.
Revathi will be seen in a crucial role in Ram Gopal Varma’s upcoming film, ‘Anukshanam’. The actress has been busy with social welfare causes and other stuff throughout these last few years. While she has been making a few sporadic appearances in Tamil and Malayalam films, her last well known Telugu appearance was in ‘Gayam 2′ in 2010.
Revathi is now planning to act regularly in Telugu films if she gets meaningful roles and good offers. As someone with beauty, stature and talent, Revathi would be an asset to our directors and producers.