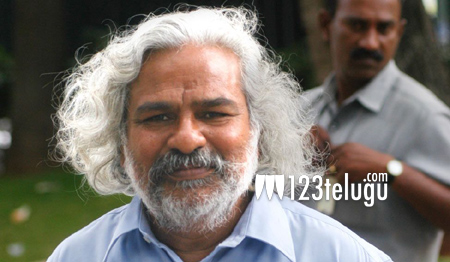 Revolutionary Telangana poet and balladeer Gaddar has once again turned lyricist for a Telugu film. Gaddar will be penning a couple of songs in director Chandra Siddhartha’s soon to be launched movie.

Gaddar had penned and crooned the super hit ‘Bandenaka bandi katti’ in Maa Bhoomi and ‘Podusthunna Poddumeeda’ in Jai Bholo Telangana. Gaddar recently made news when he expressed his wish to join hands with Pawan Kalyan’s Janasena Party.

This as-yet-untitled movie will be a comeback of sorts for Chandra Siddhartha, whose last film, Emo Gurram Egaravachu, was released in 2014. Popular Kannada producer Rockline Venkatesh is bankrolling this film. Rao Ramesh and Hyper Adi will be essaying crucial roles​ in the movie.