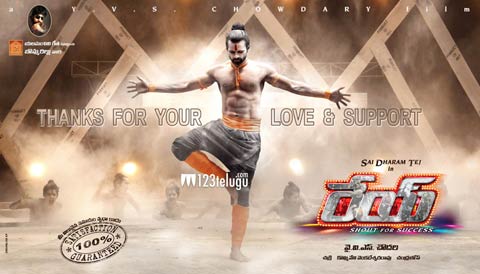 Sai Dharam Tej’s debut film, Rey was facing a lot of trouble to see the release light. But according to the latest update, the makers are clearing up all their pending problems and are looking for a suitable date to release the film.

Directed by Y V S Chowdhary, Rey has been in the making for more than three years now. Tej had worked hard on his phisichqe and pinned a lot of hopes on this film. Luckily his second film Pilla Nuvvu Leni Jeevitham hit the bulls eye and brought laurels to the Mega hero. Now with this film gearing up for release soon and his upcoming project Subramanyam for sale under production, Tej can look forward for a positive 2015.