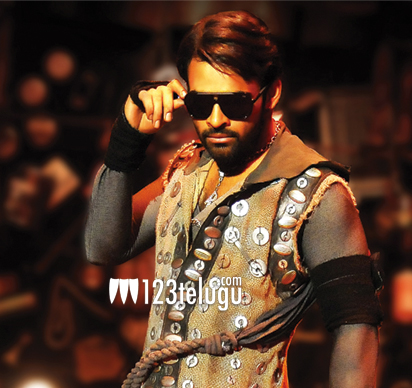 Sai Dharam Tej is all set to make his debut in YVS Chowdhary’s upcoming film Rey. This musical love story is set in the Caribbean Islands backdrop and a majority of the film was shot in US, Hyderabad, Bangkok and Trinidad & Tobago. The first teaser of the film, which YVS Chowdhary has termed as ‘feeler’, was launched recently and Sai Dharam Tej’s dance skills became a talking point.

YVS Chowdhary has stated that over the next few weeks, he’s going to promote the film in a different way and instead of releasing just two trailers, he’s going to reveal the ‘A to Z’ look of the film. The latest buzz is that the film’s audio is going to be launched soon and if all goes well, it might be launched in the last week of December. Saiyami Kher and Shraddha Das have played the lead roles opposite Sai Dharam Tej.

Chakri has scored the music. YVS Chowdhary has also produced the film, apart from directing it. The film is expected to release on February 5.