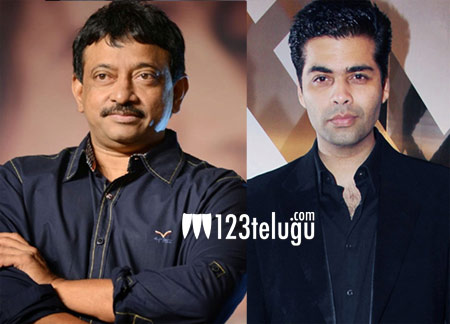 Everyone knows the animosity both Ram Gopal Varma and Hindi film director Karan Johar share. They have been in a verbal war from quite some time now and have not spared each other from their vicious tweets.

But earlier today, RGV took a U-turn and lauded the teaser of Karan Johar’s new film Aye Dil Hai Mushkil. As soon as the teaser went live RGV tweeted that he liked the intensity in Ranbir Kapoor’s eyes and the teaser looks superb.

Obviously, an ecstatic Karan replied back saying that RGV had made his day with this positive tweet.

@karanjohar I love the long hold on Ranbir's close up ..it indicates with what passion u made this film..Suuuuperrb https://t.co/1B8OcgzUFy

@karanjohar And u made many many many people's days with this God awesome feel in ur teaser ???#ADHMTeaser https://t.co/Hzi33kwSGQ