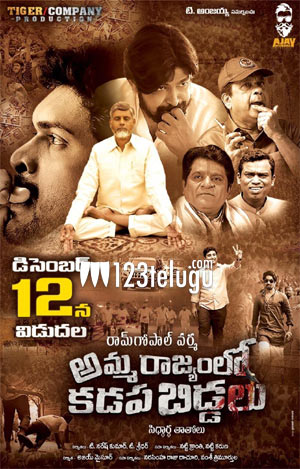 RGV was finding it tough to release his film Kamma Rajyamlo Kadapa Redlu as the censor did not give him a censor clearing and asked him to change the release date of the film.

Now, the latest we hear is that RGV has changed the film’s title to Amma Rajayamlo Kadapa Biddalu. The film has been locked for a Jan 12th release now.

We need to see if this date is final or RGV finds more problems to release the film in the coming days. Watch this space for more details on this project.