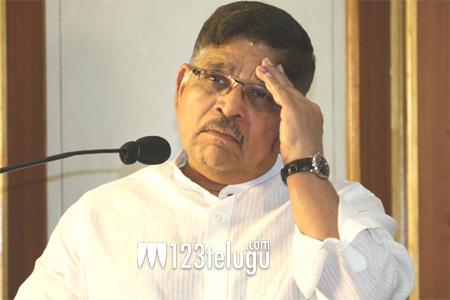 After Ram Gopal Varma broke the sensational news that it was him who provoked Sri Reddy to bad mouth Pawan Kalyan, things have heated up big time.

Mega-producer, Allu Aravind arranged for a press meet a short while ago and came down harshly on RGV. Aravind said that RGV has lost his mind and betrayed the industry with his cowardly act.

Adding further, he said that in this process, RGV has hurt the sentiments of many and such acts are being done by him and many others only to malign Pawan’s popularity as he is coming into active politics.

Allu Aravind also revealed that a special committee will be arranged to fight out these casting couch issues and the industry big heads will help all those who are facing such problems.

Things have come to an interesting stage and knowing Varma, we need to see how he responds to this issue in his own way.