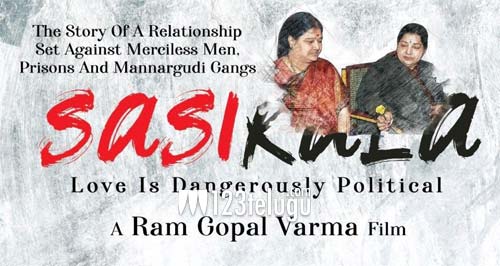 RGV has announced that he will soon make a film on Jayalalitha’s close friend Sasikala. The first look poster was also out yesterday. Now, the latest we hear is that RGV is looking at a Bollywood actress to play Sasikala.

As the stakes were high, RGV managed new actors for NTR but for Sasikala, he wants a known face to do the roles. Here, for this film, there are two roles of Jayalalitha and Sasikala and we need to see who will play them.

Apart from RGV, two other filmmakers are helming biopics of Jayalalitha.