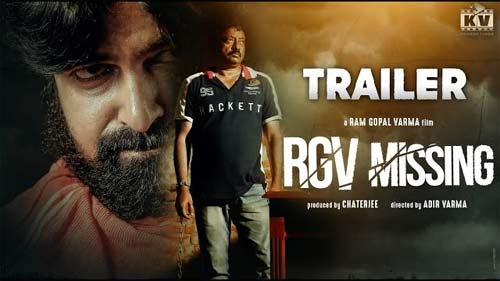 Ram Gopal Varma is doing some of the silliest films in recent times. The next one in line is a film called RGV Missing starring himself and a whole range of dupe actors.

The trailer was released today and by the looks of it, RGV has not left anyone alone. From Chiranjeevi to Pawan Kalyan and ex-CM Chandra Babu, RGV has taken digs at many by having spoof actors in the film. The story deals with RGV getting kidnapped and he holding several big heads behind it.

This time, he has also taken a dig at CM KCR as well by adding him in a special scene. Looks like RGV has taken the attack which happened in his office a few months back in a serious manner and made a story out of it and we need to see how he showcases all this in the film.